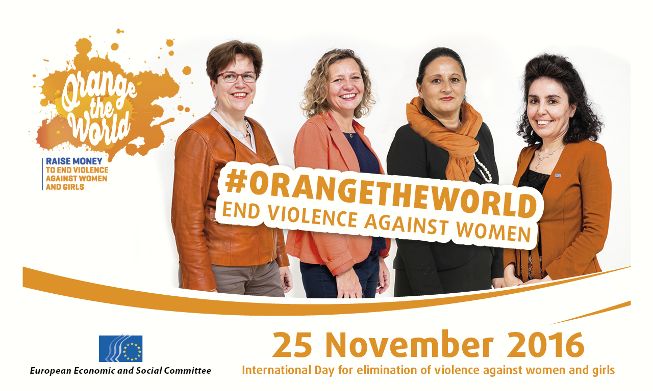 These numbers are far too high and this reality is unbearable.

What can the EU do?

A major turning point would be the signature of the Istanbul Convention for Action against violence against women and domestic violence by the EU as a whole and the adoption of a European Directive to ensure its implementation. On the International Day for the Elimination of Violence against Women, we call on the EU to stand up for women and girls by creating concrete provisions to combat gender-based violence.

Prevention should be crucial, as well as the protection of the vulnerable and the prosecution of perpetrators.

Furthermore, the EESC would like to repeat its call to the EU to support civil society organisations which work daily with women who have been victims of domestic violence and which promote awareness-raising campaigns and training to combat gender-based violence.

Legal framework already in place but implementation is lacking!

The Treaty on the European Union places equality between women and men as a crosscutting element of all EU policies in articles 2 and 3.

The EU Charter of Fundamental Rights provides for the fight against gender-based violence, notably in articles 4, 21 and 23.

The Istanbul Convention of the Council of Europe has been signed by all EU Member States and ratified by 14.